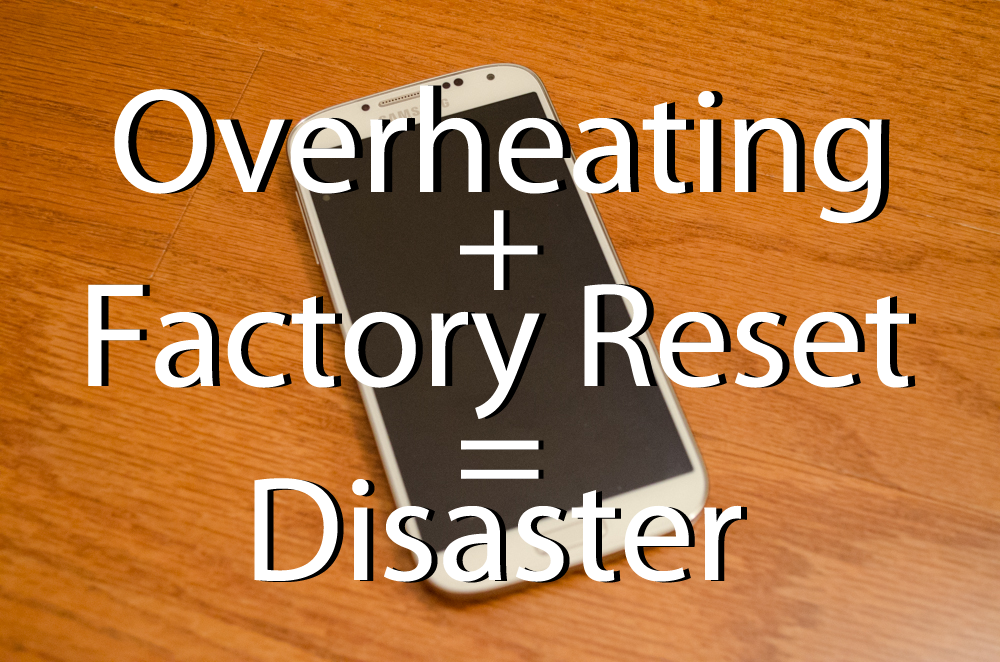 Hello guys! So today I wanted to share with you the unfortunate death of my Samsung Galaxy S4 phone. Bit of a sad story (but I think there is a bit of humor in this), so I figured I'd share with you guys! Starting the new year trying to share a little more personal tidbits, so you guys can get to know me a little more.... and unfortunately this is a sad one.

So first things first, I would like to share with you guys some personal background. My first cell phone was in 7th grade (or 13 years old) so that my parents could keep in touch with me on the I stayed late for afterschool activity (Mu Alpha Theta, Student Government...etc). Funny enough, days I did not get texting and data until my junior year of college (at this time I was 21). So... needless to say I was kind of late on the whole texting/internet bandwagon that the majority of my peers (and plenty of people older and younger) had joined.

But back to the actual story. So on Sunday (January 4, 2015) my phone overheated. Now, this wasn't the first time my phone got hot but it was the first time where there was a warning pop up saying something along the lines of "phone is overheating, only applications that can be used is phone and contacts".

Alarming? Yes. But I didn't think much about it until the next message - "turning off phone to cool down phone"

That was when I freaked out.

After a couple of hours, I decided to turn my phone back on... and the same two messages came in succession to one another within five minutes of turning my phone on. And the process repeated itself a couple of times... and that was when I came to a conclusion that my phone has died. Right before I started typing this blog post out, I tried turning on the phone again and the same two messages popped up once more.

So little old me decided that I should pop over to Best Buy and speak to the Samsung expert there. He initially thought that my phone needed to have an update pushed through and then it would be fine. However, the same two messages came up and my phone did not work. That was when I suggested a factory reset (which basically means that my phone is wiped 100% clean).

This smart cookie over here did not back up any of her data on her phone before doing a factory reset. Partly because all I cared about was instant results and having a functioning phone back. Partly because I thought my photos were backed up on dropbox. Turns out that after the factory reset, my phone STILL doesn't work and my photos never synced onto dropbox.

So currently, I do not a phone. All the pictures I had of the nice trip I had at Busch Gardens recently is composed of just a single instagram collage (I was so excited on sharing pictures to you guys as well D: ). But, most sadly, is that I do not have any blackmail on my friends to embarrass them at their weddings (that won't happen for ages, but it doesn't hurt to stock up and all).

So...that was my minor breakdown of my Sunday. Thankfully, my phone is still under warranty so I'm getting a new one (free of charge!) any day now. But... kind of mad that my phone only lasted two months before it decided to die. Hopefully the next one won't be that way.

Hope you guys are doing well! Let me know how your week is going in the comment section below!

Email ThisBlogThis!Share to TwitterShare to FacebookShare to Pinterest
Labels: about me, life updates

Thanks for checking out my blog :) I love reading your comments and will always reply to them :) I don't always do follow for follow, but I do love checking new blogs out! So feel free to leave the link of your blog :)